If Love was Enough 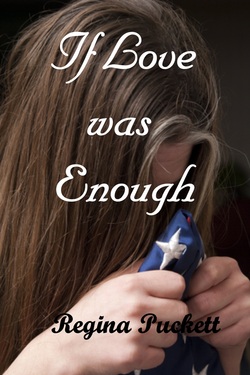 Excerpt from If Love was Enough

The skies were still black and the wind was beginning to pick up but it was no longer lightning so it seemed like the rain might hold off for a little while.  Maybe they would make it through the burial before heaven released all of its sadness out.

April tucked her windblown hair behind her ears and pulled the jacket up to keep her hair from becoming too tangled.  In spite of the tall, wet grass and mud, she walked right up to the edge of the banks of the pond and gazed out over the water.  The water was a dark muddy brown and the wind was causing a series of ripples across the usually still surface.  A lone dragonfly buzzed past her face and then took off across the water at top speed.  Except for the far away moos from the neighbor’s cows, there were no other sounds to be heard.

The longer she stood there, the angrier she became.  She had always believed in the power of prayers so she couldn’t understand why God had suddenly quit listening to hers.  “I’m here, God.  Do you hate me?”  She hadn’t intended for her voice come out as a whine.  She didn’t want to sound like a petulant child but as someone who was feeling deserted and alone.  “I have always tried to be a good person.  I don’t understand why you had to take Adam away from me.  I asked you every single day to keep him safe.  I asked you to bring him back to me.  Why did you take him away?  Please let it all be a mistake.  I can’t do this alone.  What do I know about raising a son?  Adam would know what to do.  He always knew what to do.  I need his strength.  I need his courage.”

The tears ran unheeded down April’s face and every pain and fear she had been feeling since first hearing of Adam’s death, came out in sobs and pleading to a God she wasn’t certain was listening to her any more.  She finally looked at the skies, as if she fully expected God to answer, and when he didn’t she covered her face with both hands and let the tears fall into them.  She wept until she was spent and with all of her energy drained she stood there with her face covered until finally coming to the conclusion no one was listening.  With this realization she drew in a long breath and wiped the tears away.  She pushed the hood back off of her head and glared defiantly out across the pond.

“You’ve deserted me.  I don’t know why but you have, but I won’t bother you with anything else.  You must be too busy for the likes of me.  I apologize for taking up your time.” 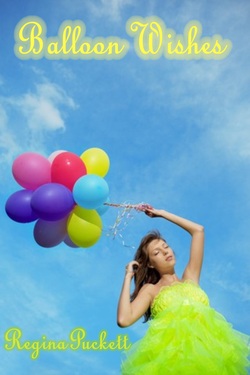 As soon as the older man disappeared into a nearby booth, Jacob released the pent-up sigh.  It was hard to believe just how nervous he was about meeting all of the kids and their parents.  This job was his first paid teaching position since receiving his degree in education, and it was overwhelming to be thrown into the school’s activities before the school term had even began.  When Mr. Lincoln had approached him earlier in the week about working the fair, Jacob had not felt, at that time, as if he was in any position to turn down the request.  It had been the principal’s belief that with him working at the fair it would be a good way of unofficially introducing himself to the community, since school wasn’t scheduled to begin for another two weeks.

The job at Rockford High School was for him to teach three classes of advanced History and the rest of the day would be filled with his duties for the head football position.  The move and job was the beginning of a brand new life for him.  It wasn’t exactly how he had planned on his future to be, but life had a way of turning on a dime, so here he was at thirty years old starting a third career.  After rehab, Jacob had been at a complete at a loss about what he was going to do with his life, since losing a leg to an exploding roadside bomb during his last mission in Iraq.  It had taken most of the years since to come to terms with how much his life had been changed by that explosion.  He not only had to learn to live with the loss of his leg, but he also had to learn how to live with the horrible memories of the soldiers he had been unable to save on that hot, sandy roadside.

One soldier in particular still haunted his dreams every night.  In the quiet moments of the day and night Jacob could still hear him pleading for God to let him live. All the dying man had wanted from God was to be able to return home to see his wife again and to see his son being born.  After the young Marine grew hoarse from screaming, he had whispered to everyone within hearing range, begging them to tell his wife how much he loved her and the baby.

Coming in 2013-Under the Cover of Wings 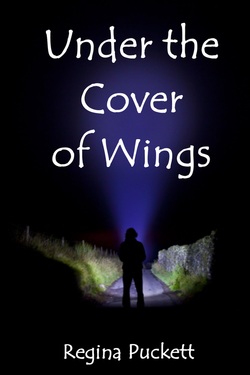 Mrs. Gabriel will be returning as our quirky angel sent to bring hope.